Your not convinced Alan?

Hey, you know. It's on the interwebs. Must be true

It 'seems' to be substantiated with actual facts lol

Not saying this is all fiction, but I've seen a lot of similar stories and there seem to a lot of people who remember their grandfathers driving some old Land Rover with the steering wheel in the centre...
Alan

Very interesting article - I seem to recall reading an article about this vehicle in one of the Land Rover magazines some years ago, which means the mag with the article is up in my attic somewhere - I must look it out, if I ever have time
2 1981 Stage One 109 V8 SWs

Further to my above post, and having grubbed about in my attic over Christmas, I can confirm that this online article by Michael Green is an updated copy of the article by him that appeared in the September 1996 issue (Issue 31) of Land Rover World magazine. I really see no reason for anyone to be sceptical about it.
2 1981 Stage One 109 V8 SWs

The article covers six pages of the magazine, on coloured paper, and in fairly small print, so I don't think it would scan very well. Apart from a short intro by the mag's editor, the text of the article is identical with the exception only of the opening and closing paragraphs which have been altered slightly online to reflect the passing of another 8 years; there is only one small photo of the vehicle - the same one as at the head of the online article - but there are photos of some related documentation (but too small to be worthwhile scanning). There is a small biographical insert about the author's father, Richard F Green, and a picture of him and, intriguingly, another small insert concerning what happened to the original vehicle before it disappeared. I could try to scan these but, before posting online, there is just that little thing called copyright law to consider - but, briefly, it appears to have been shipped back to the US, sold to an east coast dealer who gave it to his daughter who took it to Colorado and subsequently tried to resell it to Richard Green after the engine packed up, but has not been heard of since. If you're really interested, I suggest you look for a copy of that issue of the mag on ebay.
2 1981 Stage One 109 V8 SWs

Thanks for that Geoff, just found a copy on ebay for a fiver.
Top 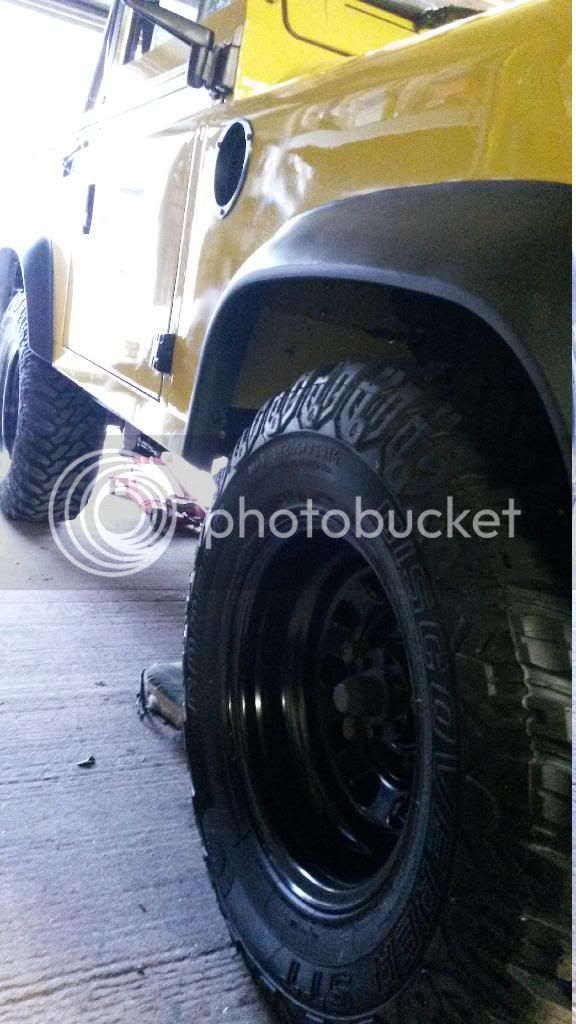 Similar to the cariba ones in black.
Top
Post Reply
74 posts