Good to see you're up and at 'em again. Life's twists and turns are often not predictable.

I think I'd use a metal heater pipe under there, but I'd also work out how I'd mount it with rubber wrapped clips otherwise you might find the vibration causing problems.

Don't try this at home, or if you do, make your connections properly

Fitted new dizzy today. I was struggling to see the very faded timing marks on the crank pulley, so first order of the day was to restore them so I can see them. I'd already turned the crank so that it was on combustion stroke on number one cylinder. That's why rocker cover is off again so that I could observe the valve positions (I couldn't turn it and stick my finger in the plug hole at the same time 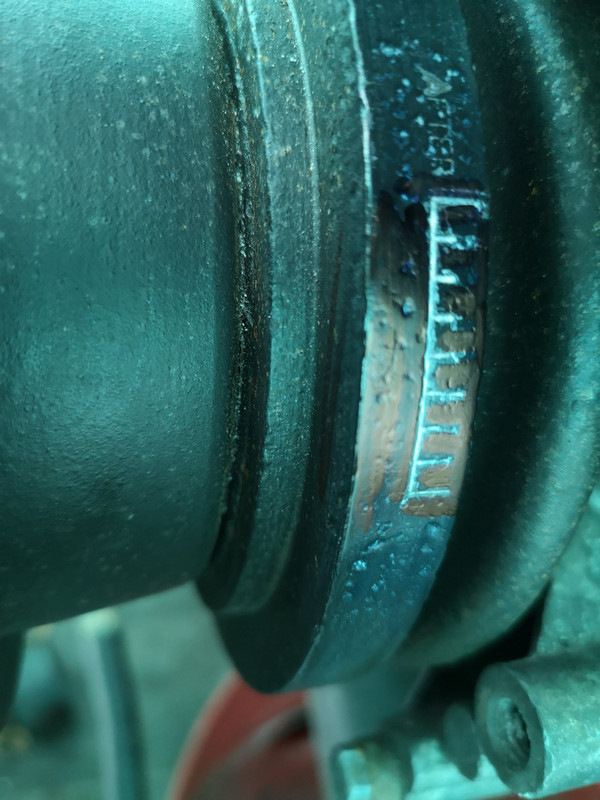 Then a couple of marks for TDC and 6° before 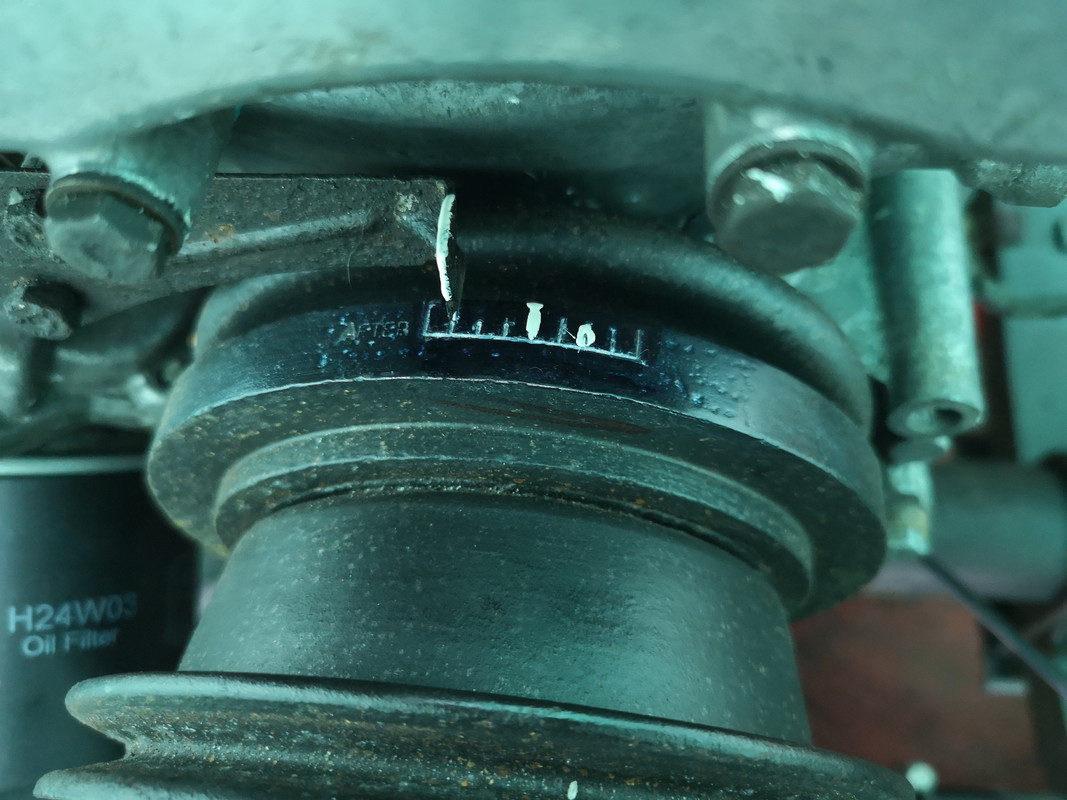 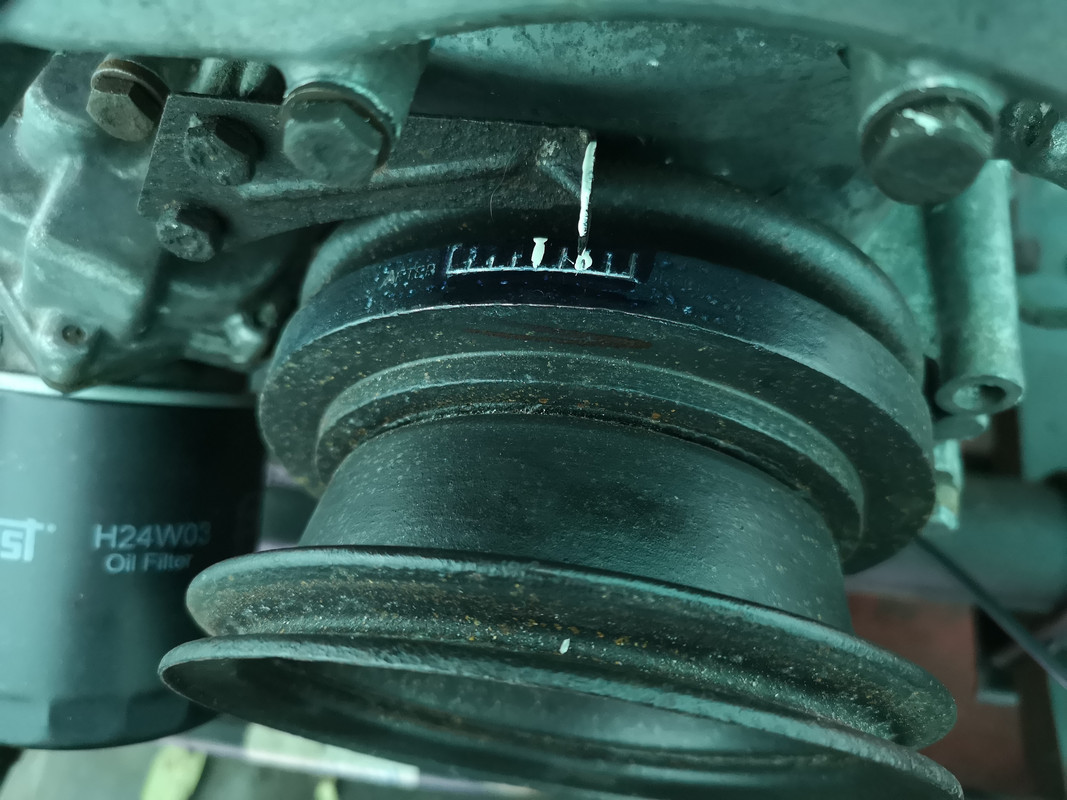 ... and then put the dizzy in correctly aligned with number one. 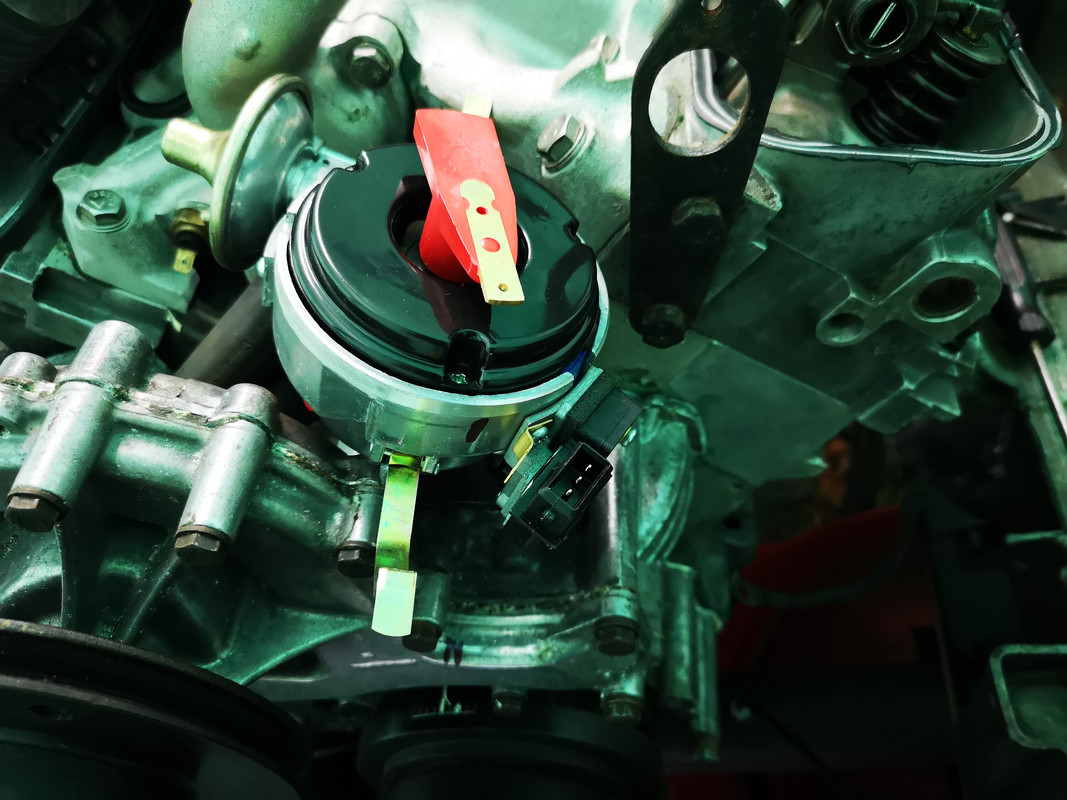 I then tightened up the clamp and put cap back on ready for the new leads and eventual dynamic timing setup. 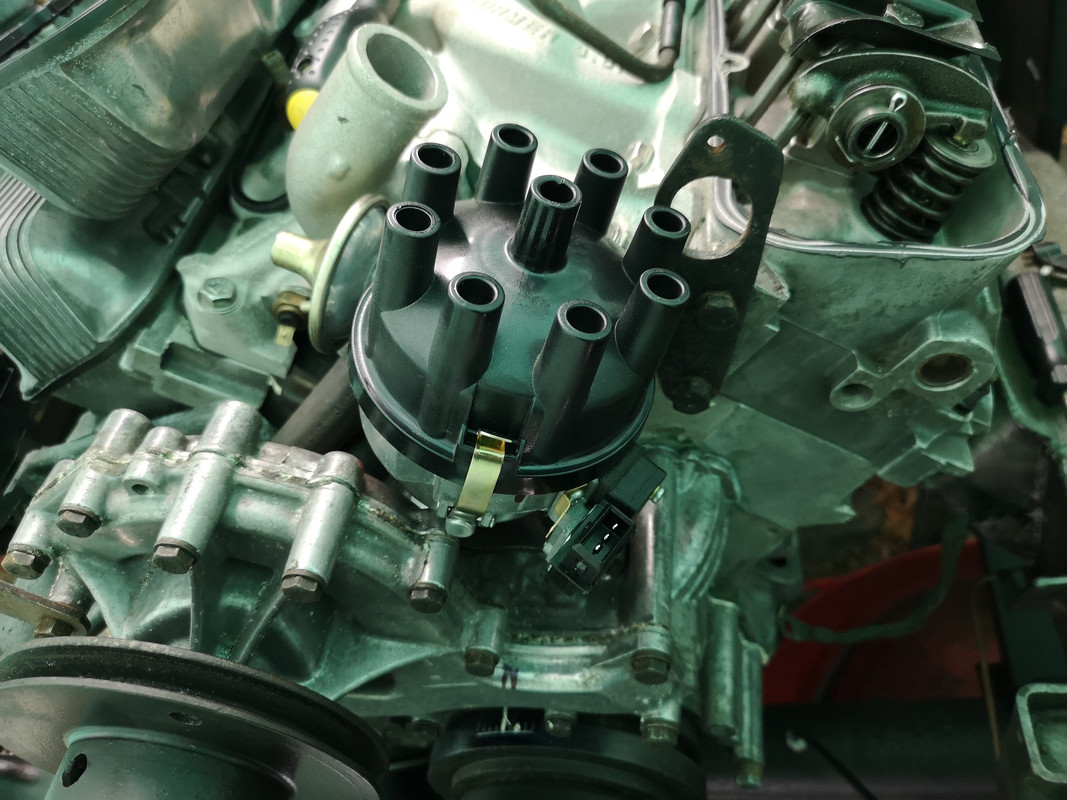 Rocker back on and ready for next job. I just need to decide what that is

You could always come and do some of mine Cliff.... I've broken my hand so nothings going to be done for a while..

Oh, that's a shame. Hope it doesn't hurt too much.

I decided enough procrastinating over the exhaust. I don't want to go off on the whole new system diversion at this stage so opted for a replacement LH manifold for the knackered original. It's quite a job sifting through various parts catalogues trying to identify the version that was fitted to a particular variant of the V8 and to which model vehicle and match to the appropriate downpipe. I think I've got it right but won't find out until I have all the new parts to hand.

I started with a LH manifold taken off of a Defender 90. 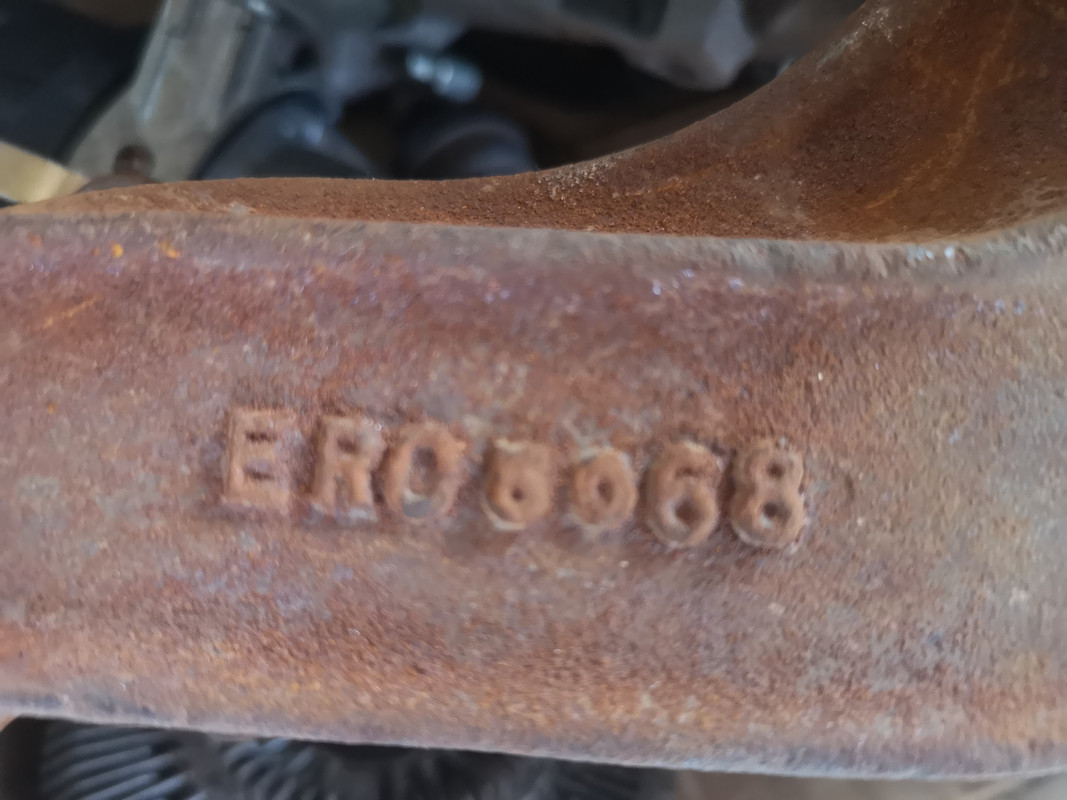 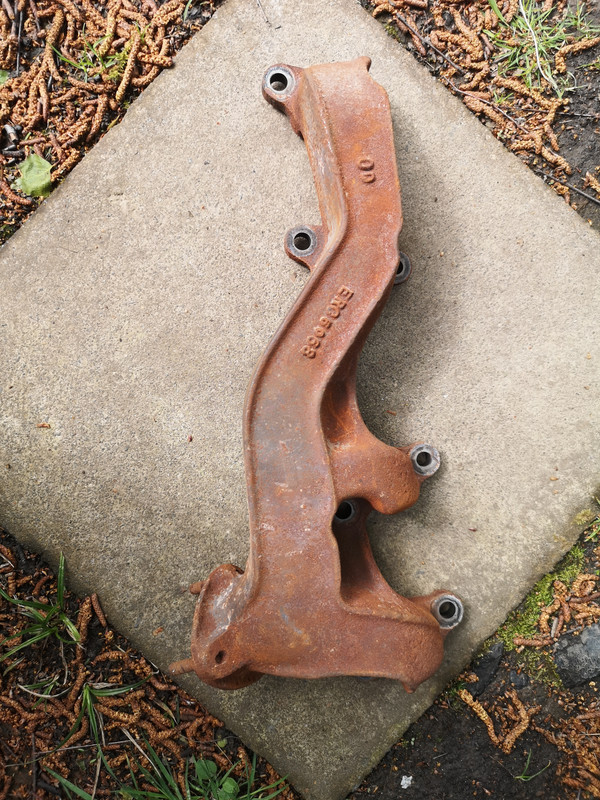 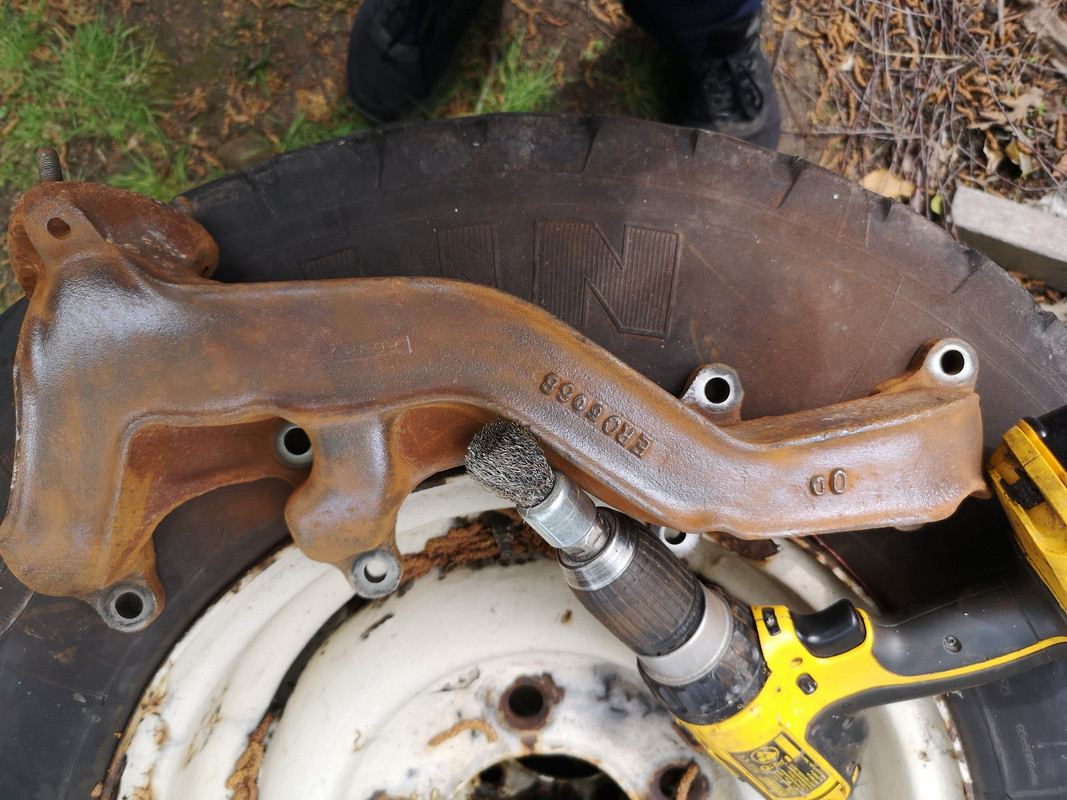 A bit of wire brushing the surface rust 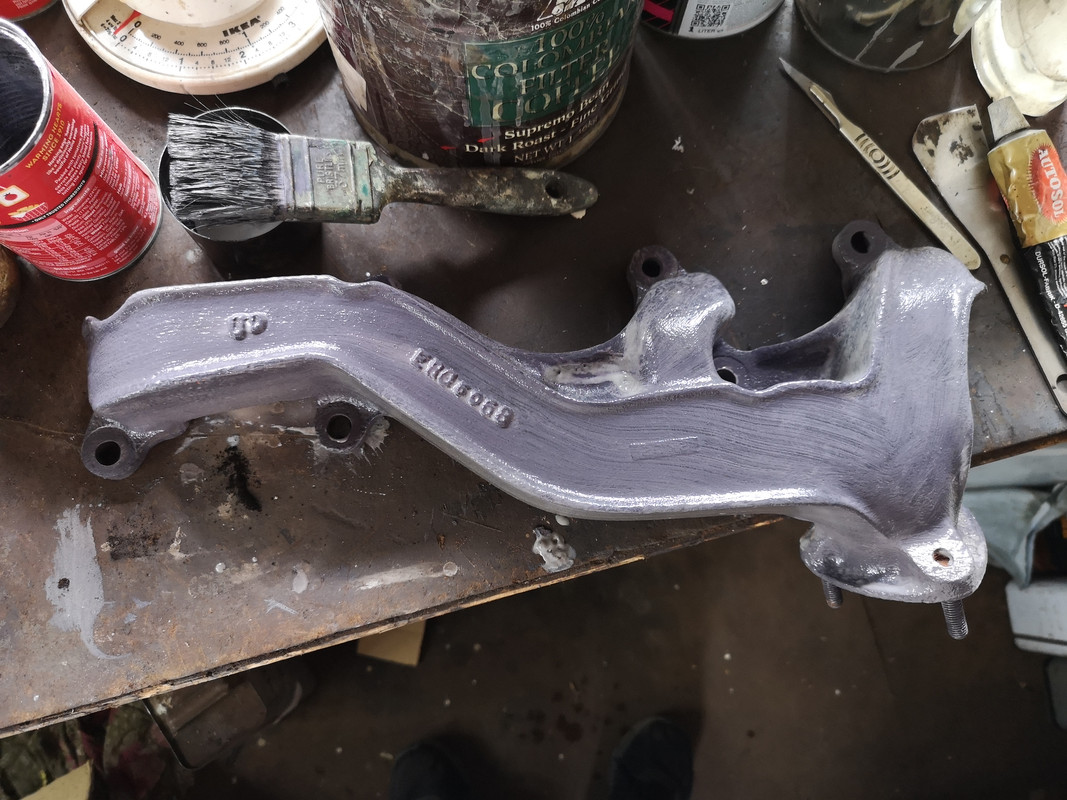 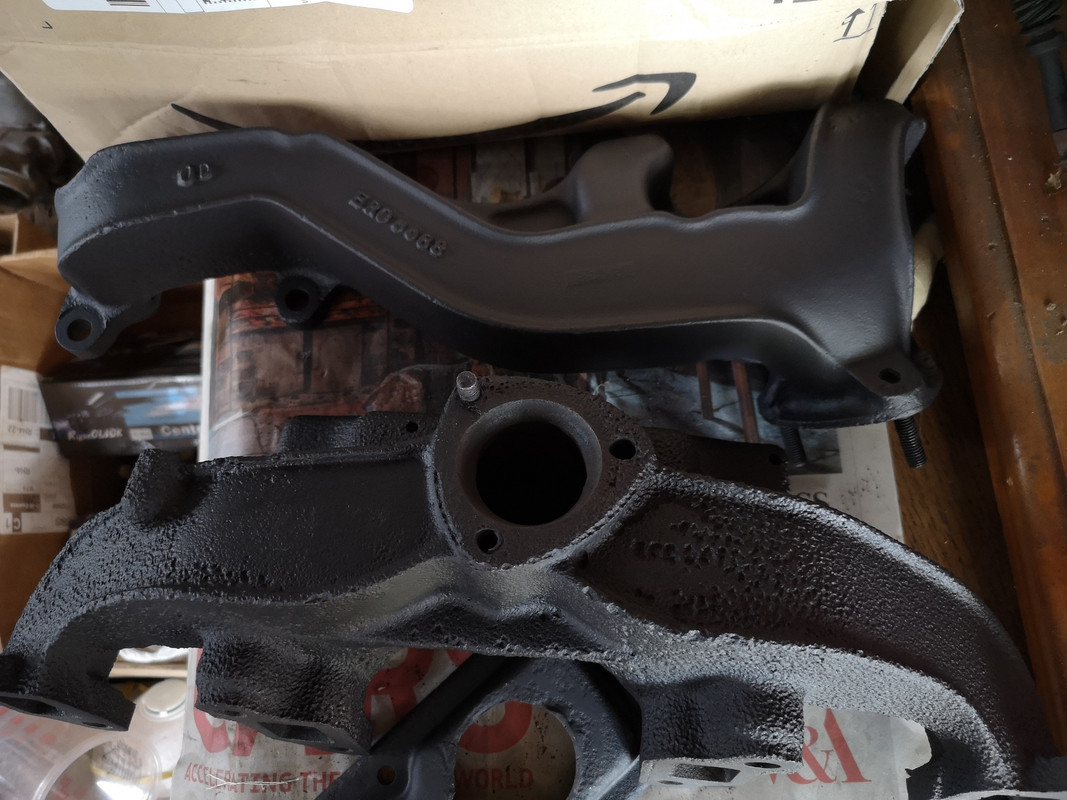 ... and a quick spray over with some stove enamel. The original RH manifold got a coat too. I'll probably change this too if all goes to plan with the LH swap, but one step at a time.

I'm now waiting for the downpipe section to arrive. I hope I've ordered the right one (NRC4219).
Cliff

Will that fit inside the wing?

Don't see why not, doesn't take up any more space than the original. It's just the position for the downpipe that's different.
Cliff

I've got D1 manifolds and they were a very tight squeeze. I still have the original manifolds however.
Alan

A photo of your setup would be handy. I may have underestimated things.
Cliff

It will take a while. But the issues were the space inside the wings and where the pipes come out in relation to the chassis rails and the cross member underneath. Also, the D1 pipes are larger in diameter. Don't know about those ones.
Alan

The downpipe I ordered arrived today, so straight out to test my plan.

First of all I took the front section with existing LH and RH down pipes and undid the clamps holding the downpipes in place. 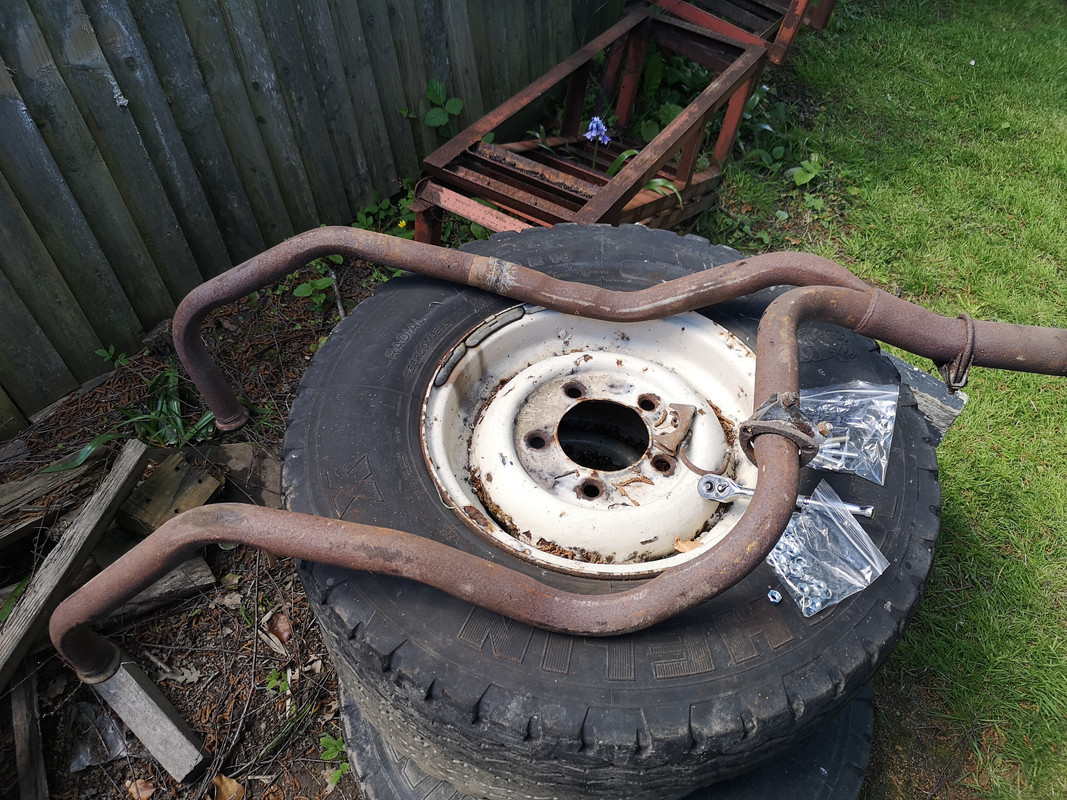 Freed the LH downpipe and separated it 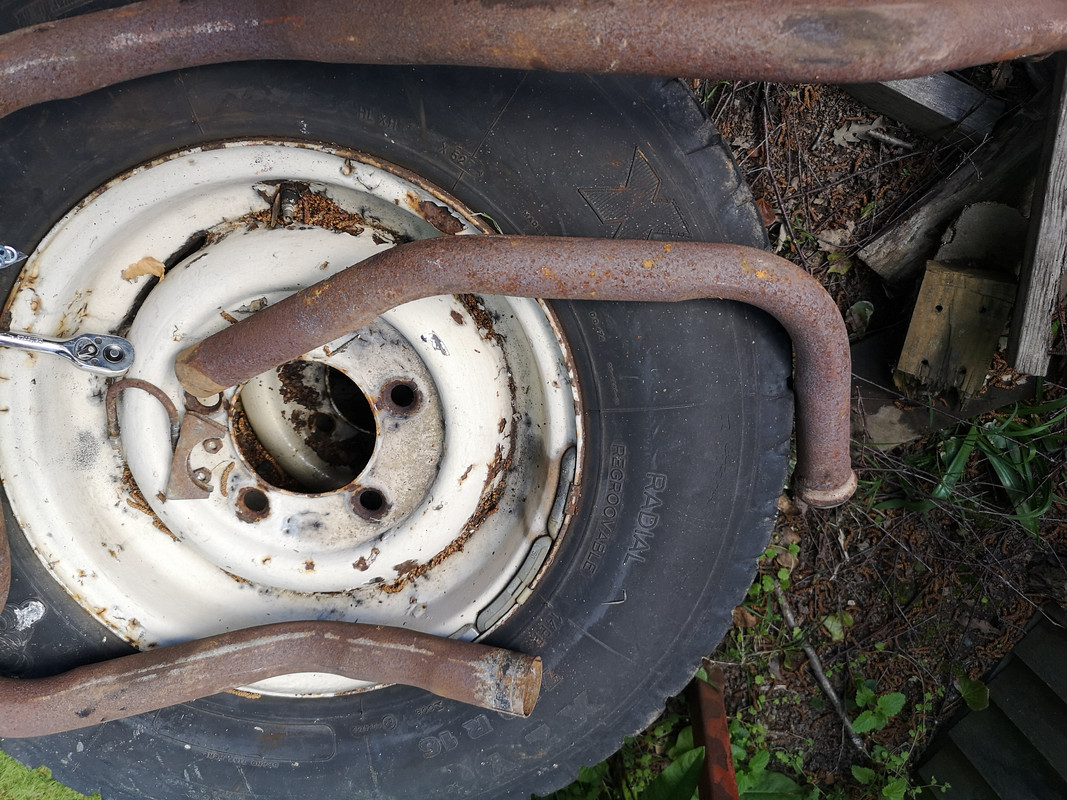 I had ordered what I thought was a genuine NOS LR pipe, unfortunately, I was unlucky with that and had to settle for the cheap Britpart version. Still, if all goes to plan, I'll be able to change the entire system for stainless later on, so cheap and nasty is OK for now. 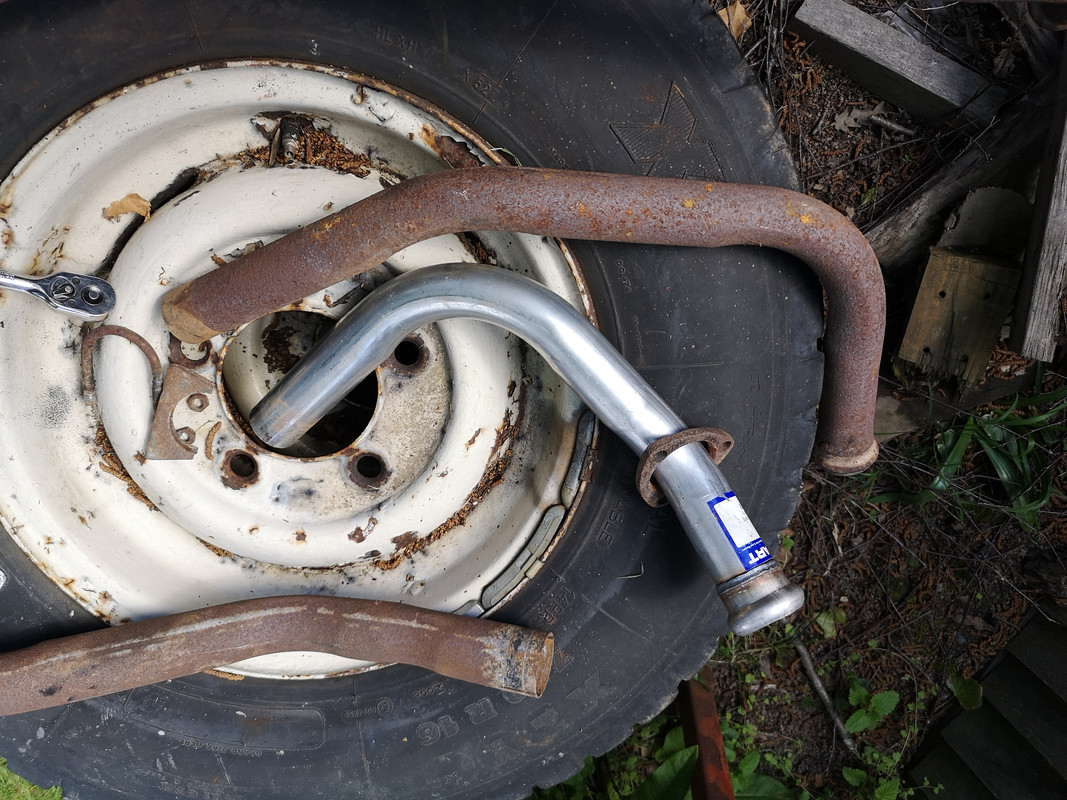 Next, fit the manifold. I put the manifold gaskets on (correct way round) and then carefully put in place on the head 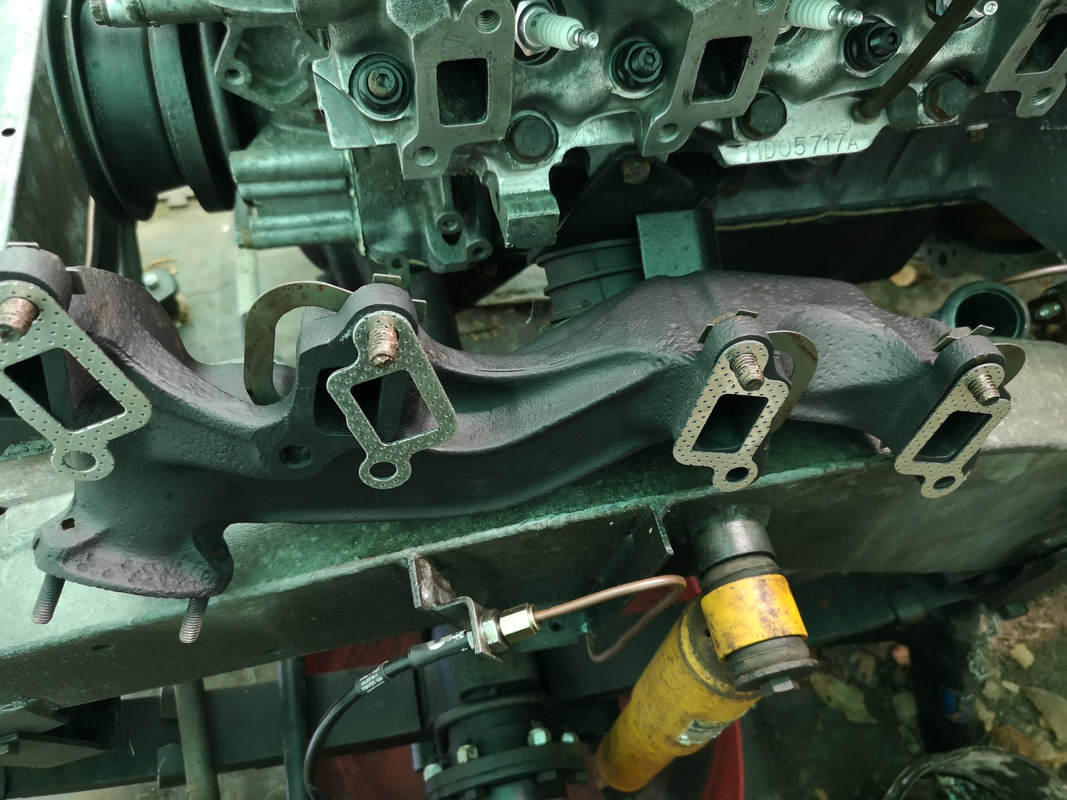 New lock tabs and cleaned up bolts and all fits nicely. 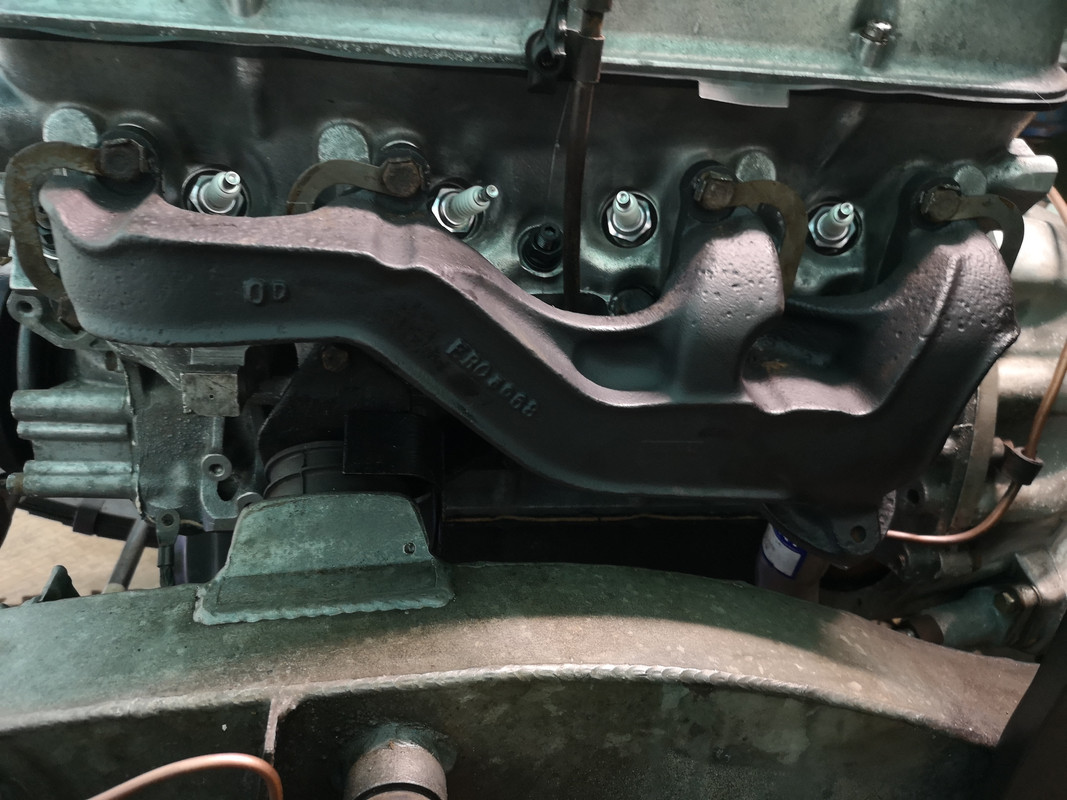 I then embarked on what turned out to be a true balls ache trying to get the downpipe and 'Y' piece to line up and fit. I couldn't get the downpipe to sit right and the flanges to bolt together evenly and parallel. It was a struggle accessing the flange studs and getting the downpipe to sit correctly between the manifold and fixing flanges. Turns out the Britpart pipe has a fatter more rounded olive than the genuine part and it didn't want to sit right unless being held in place. I did start off trying to fit it with a new copper o-ring gasket but it was obviously never going to fit with the Britpart pipe, so that was discarded. Eventually I worked out that it's better to fit the downpipe first and the attach it to the 'Y' section.
Maybe if I was an exhaust fitter I'd have known the best way to fit it. Anyway, I know now! Good news though is that it is the correct pipe for the manifold and is a straight swap for the one that was on there before.

The next series of photos show how tight the whole setup is, but no different to the original Stage 1 system other than shifting from centre manifold outlet to rear arrangement. Actually, I am a little concerned how close the pipe is to the clutch slave pipe, so I will do something about that and try some heat shielding or something. 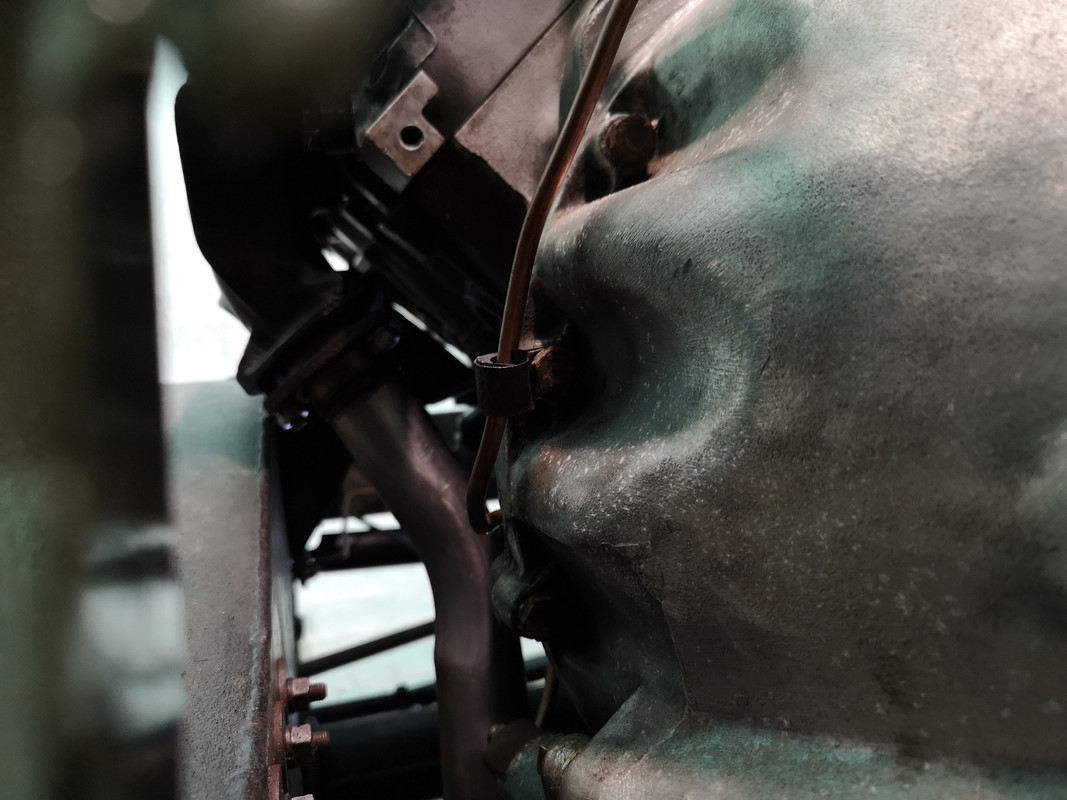 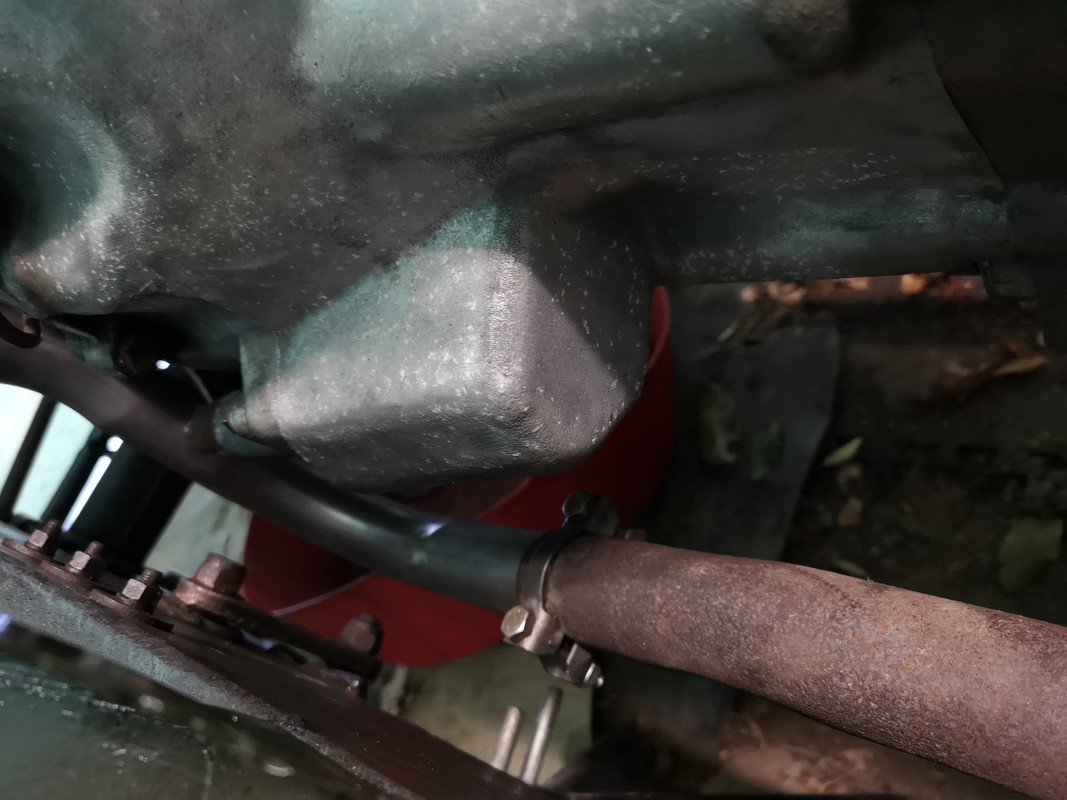 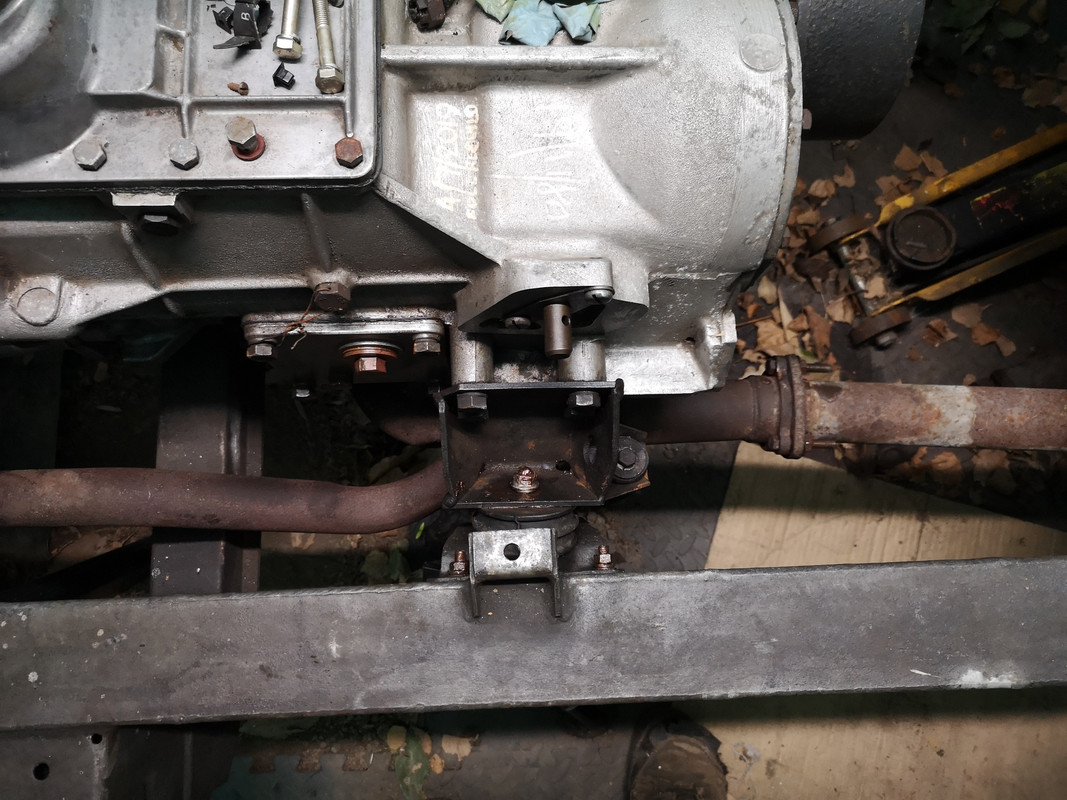 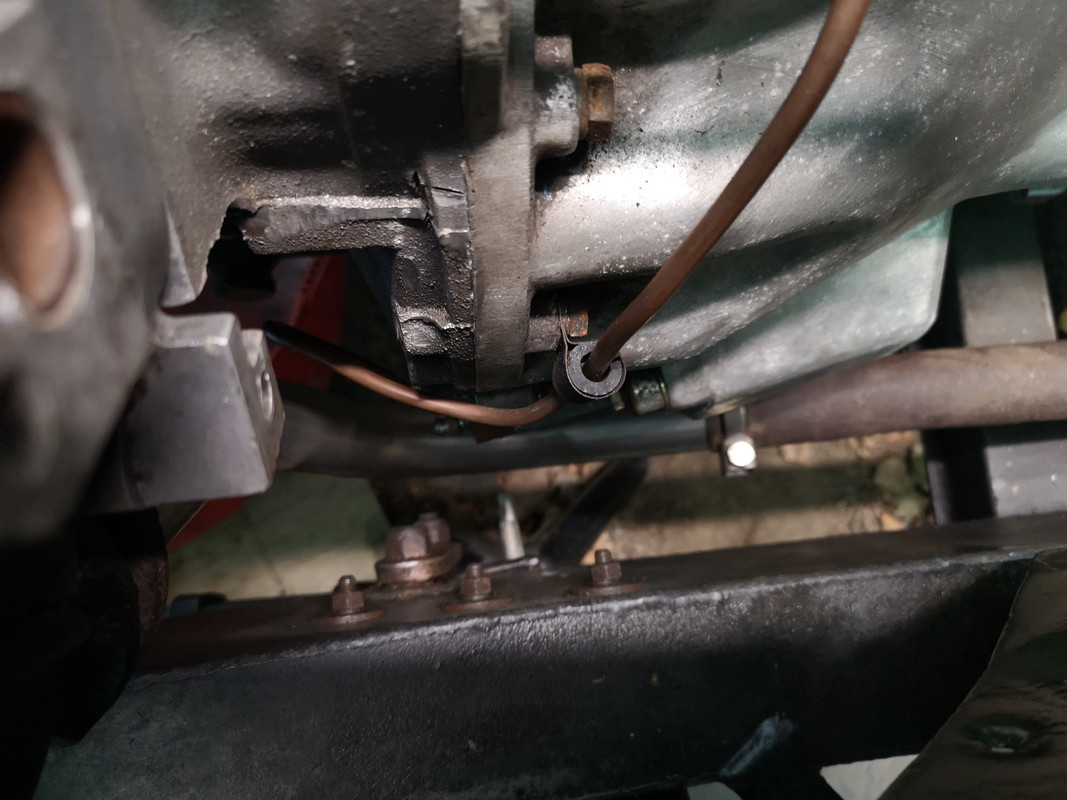 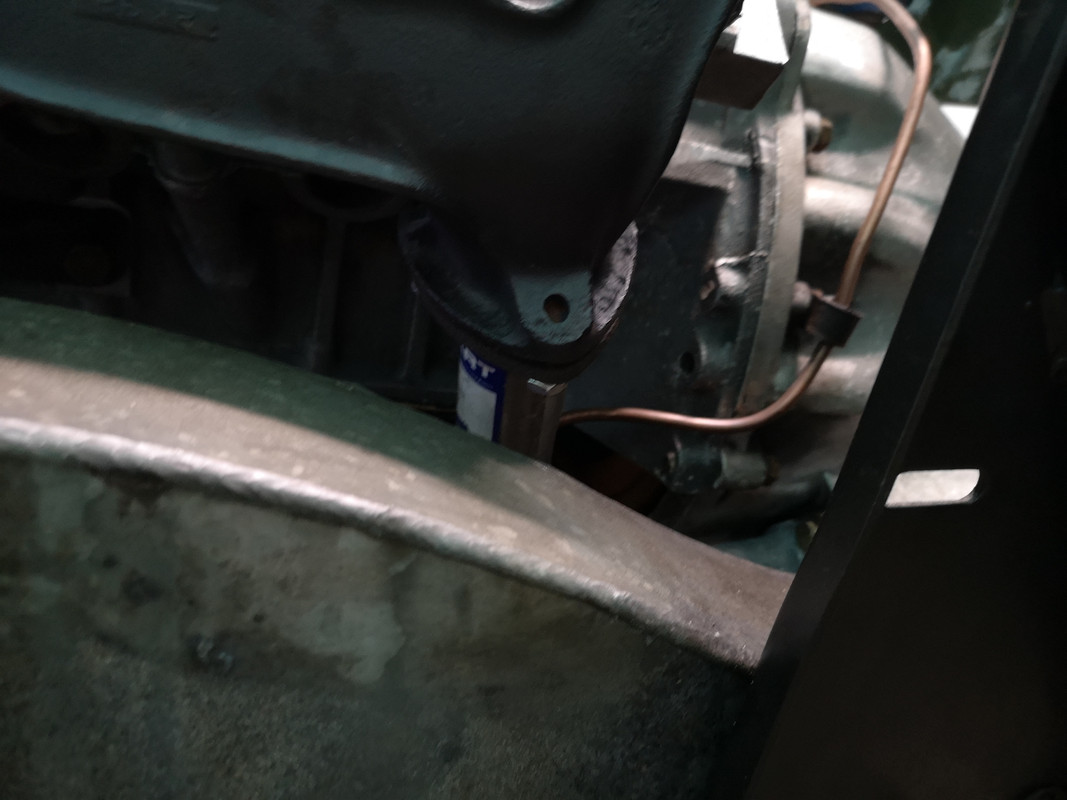 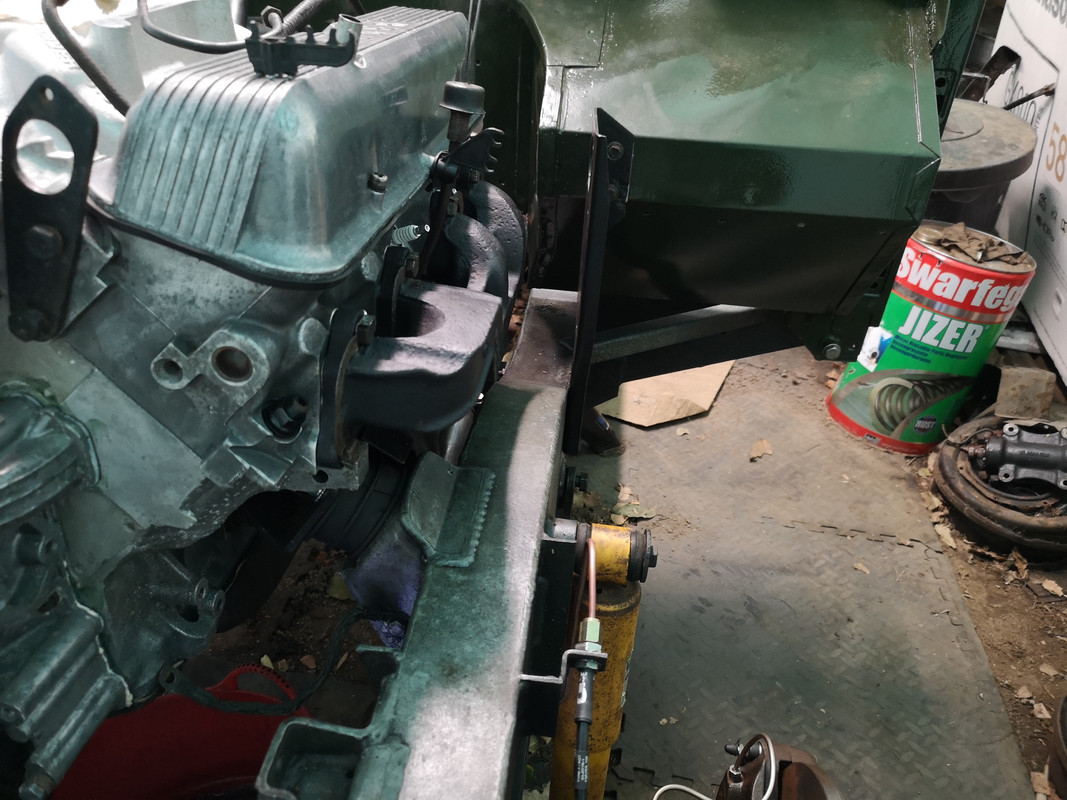 Can’t quite believe how much faffing and fighting I had to do or how much time it took to bolt on a short section of pipe! I'll do the other side tomorrow.

RH manifold today. I still have the old monstrosity but it does the job. It still had a sheared off stud in that wouldn't shift. After trying all the usual methods and wasting time getting nowhere, I opted to drill it out. Set it up on my pillar drill and tried for a dead centred and level drilling. I did alright and got it just about spot on. 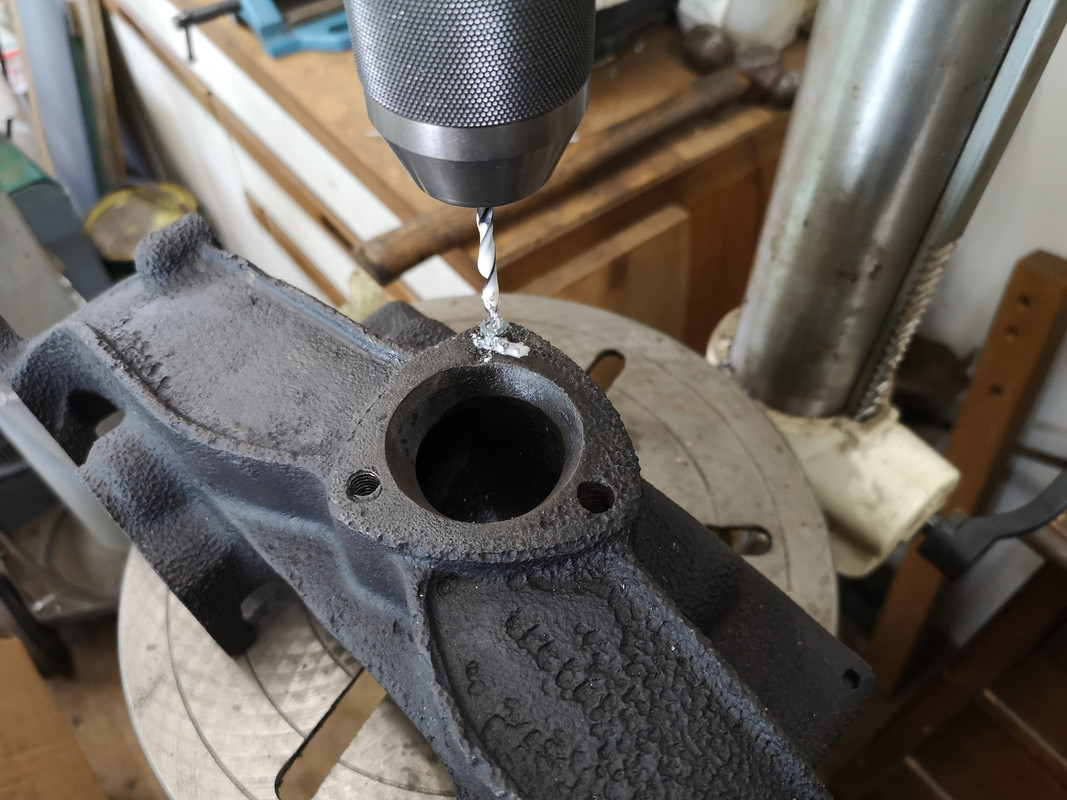 I cleaned out the thread with tap 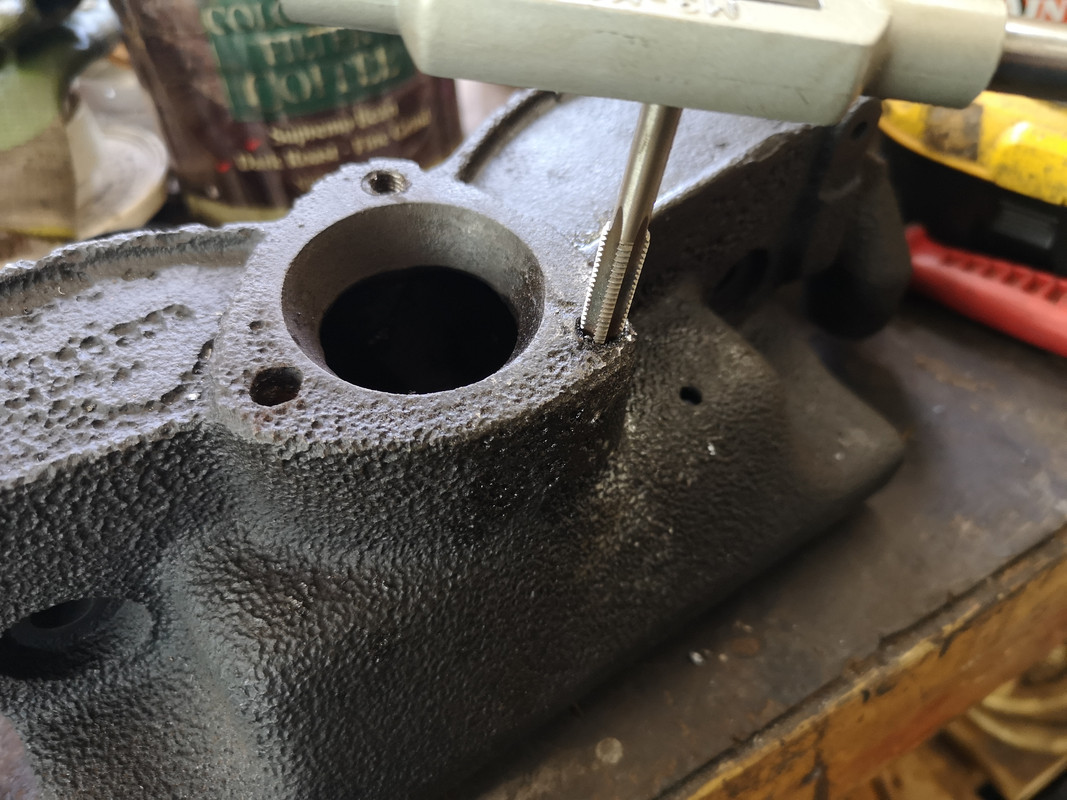 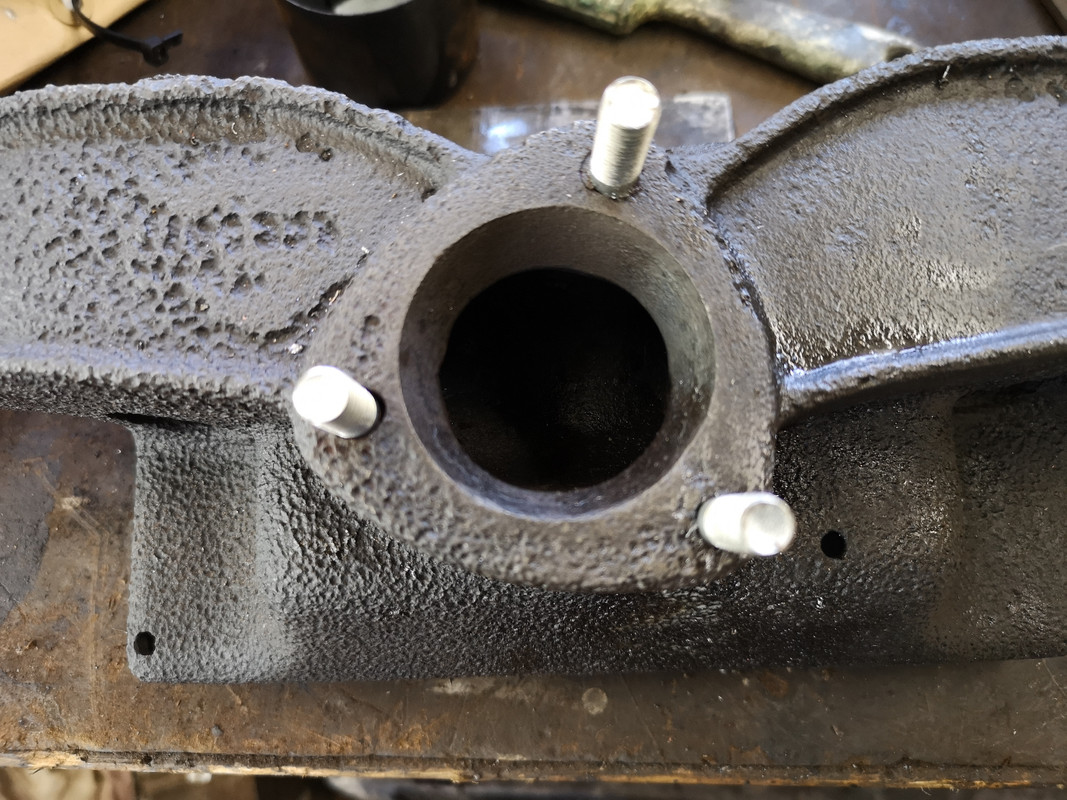 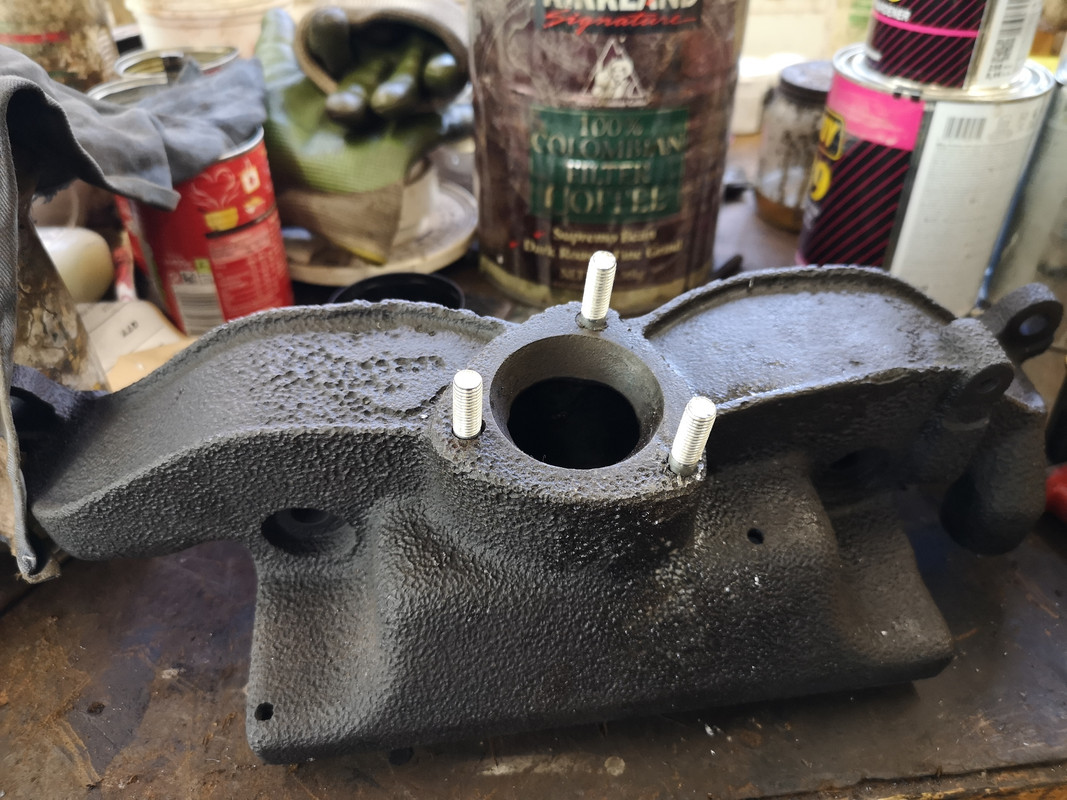 It was then pretty much repetition of yesterday's pain and suffering.
Bolted the manifold on without any problem... 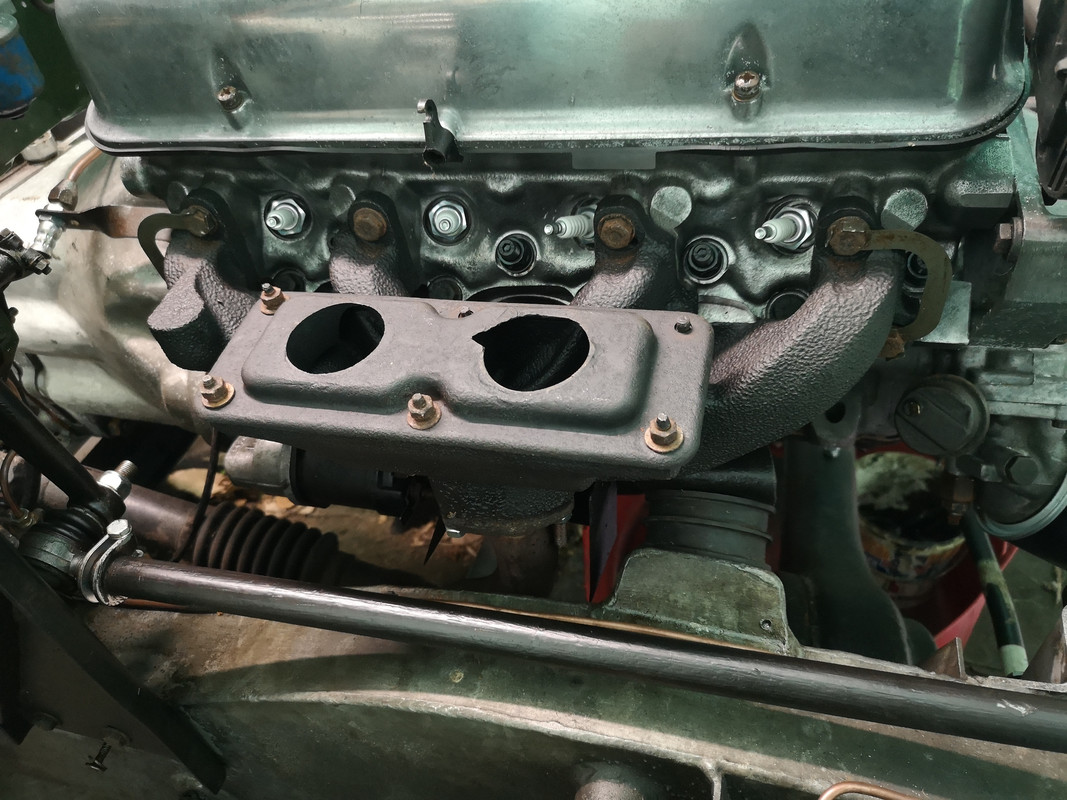 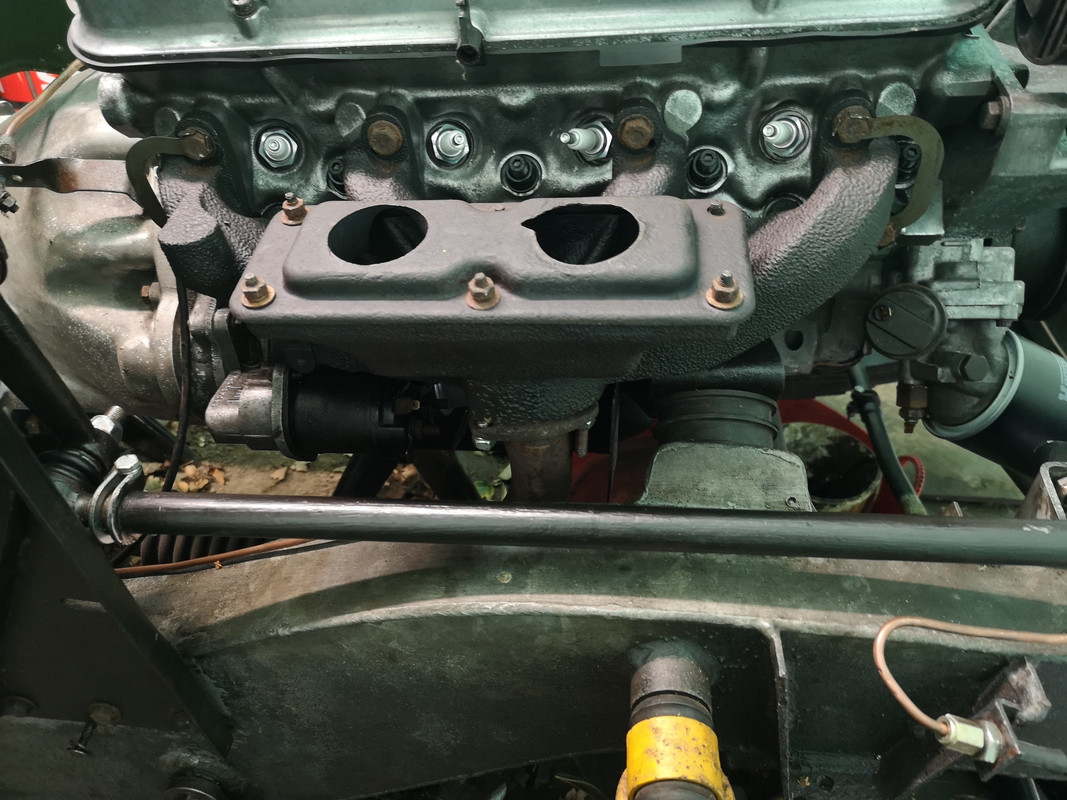 ... but it was another major struggle getting the downpipe to fit in place and the flanges bolted together and the other end back in the 'Y' section.

"You can't get quicker than a KwikFit fitter", I should coco!
Cliff